Peggy Hancock, longtime friend and ally of Bristol’s gay community, sadly passed away on December 28, 2021 at the age of 98.

Peggy was born in Hotwells in 1923 and, aged fifteen, a chance visit to the Radnor Hotel, Bristol’s first known gay pub, set her on the path to a life of friendship with the gay community. of Bristol.

In the mid-1950s, Peggy started working as a bartender at Radnor. She quickly became a beloved and familiar face to those who frequented the pub, earning her the nickname “Auntie Peg”.

With equal enthusiasm, she partied with and protected her new circle of friends, educating Bristol’s gay community about the dangers of the cottage without disapproval or judgment.

She often drew maps of the best places for such encounters and warned people of the places most likely to be raided by the police.

Peggy’s positive impact on the local queer community went well beyond her time working at Radnor; other pubs she worked in throughout her life became known for their tolerance and openness through her influence.

The protection and kindness she showed to the community did not go unrewarded and Peggy made lifelong friends in Bristol’s gay community.

In an interview with OutStories Bristol in 2011, she remarked that “gay people made my life, they cocooned me… when I had tragedies, they protected me.” 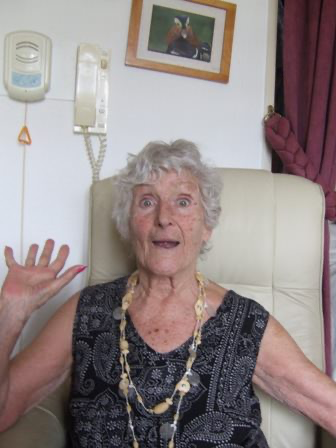 For many years, Peggy traveled to Palm Springs every year with gay friends on a kind of pilgrimage. His enthusiasm and sense of fun never wavered throughout his long life; speaking to OutStories at the age of 88, she remarked that she might be too old to go on vacation to Palm Springs before pausing and adding a “Well…I could go next year!”.

Peggy’s stories of Bristol’s gay scene in the 1950s and 1960s formed a valuable part of the research for M Shed’s Revealing Stories exhibition and OutStories Bristol in 2013.

Peggy was one of three iconic figures drawn by Malcom Ashman for part of this exhibition, and her portrait is now part of the Bristol Museum’s permanent collection. 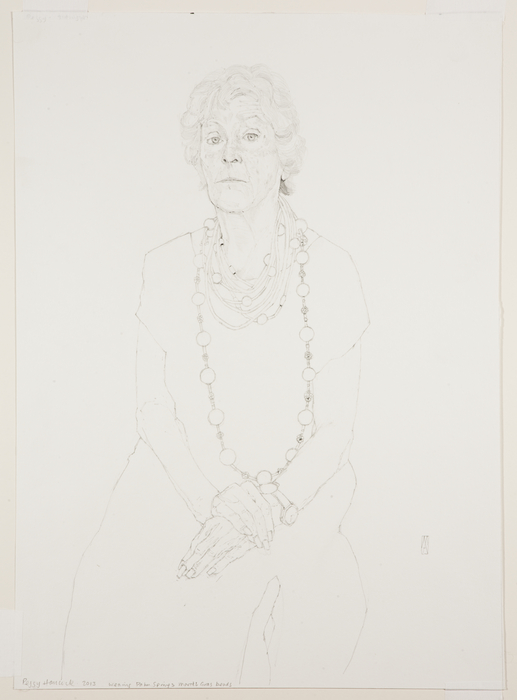 Well into her 90s, Peggy frequented the weekly GayWest cafe, where she was known for her outrageous stories about her long and colorful life.

Peggy passed away on December 28, 2021 and is survived by her daughter Micha.

With thanks to OutStories Bristol for their research archive on The Radnor.