The Sydney Gay and Lesbian Mardi Gras Parade is just around the corner. Participating in one of the biggest Pride events in the world means preparing costumes, assembling floats and practicing choreography. From makeup to elaborate wigs, feathers, sequins, and accessories, there’s a lot that goes into such a festival.

FLAGCOM & Friends won the Best in Parade Costume Award for their ‘Adam and Eve’ theme at Sydney’s 2020 Gay and Lesbian Mardi Gras Parade. For this year’s event, they are inspired by the Mother of All Festival in the Philippines, the Ati-Atihan Festival of Kalibo, Aklan.

To bring this vision to life, award-winning Mardi Gras fashion and costume designer René Rivas will lead the creation of the organization’s glamorous outfits.

“It’s going to be exciting! We have these amazing costumes and we’re making them all here. We’ll also have additional costumes coming from the Philippines,” the Sydney-based designer shares.

Ati-Atihan is the oldest festival in the Philippines. During the celebration, people dressed in costumes made from indigenous materials, blackened their skin to represent the early settlers known as “ati“, gather in the street and dance to the rhythm of the drums.

“Celebrating festivals is part of our culture. It helps communities come together,” Rene shares.

But unlike the Philippines, where almost everything is available, Rene says it was difficult to find many materials for the costume. They went through several Filipino stores to buy “walis tambo,” which is the main element of its design.

While parties and parades are the Pride event, it’s also about highlighting issues facing the LGBTQ+ community and amplifying the work of those fighting for justice and equal rights. René was a victim of violence in the midst of the civil war in Central America. He came to the country in the 80s as a young refugee. His resilience and determination drove him to start a colorful new life in Australia.

“I am originally from El Salvador, in Central America. At that time, I didn’t know much about my sexuality because coming from a country in civil war, everything is repressed. Here in Australia, I realized that I had to be open about my sexuality. I became a volunteer and advocate for the Spanish community and other cultures. 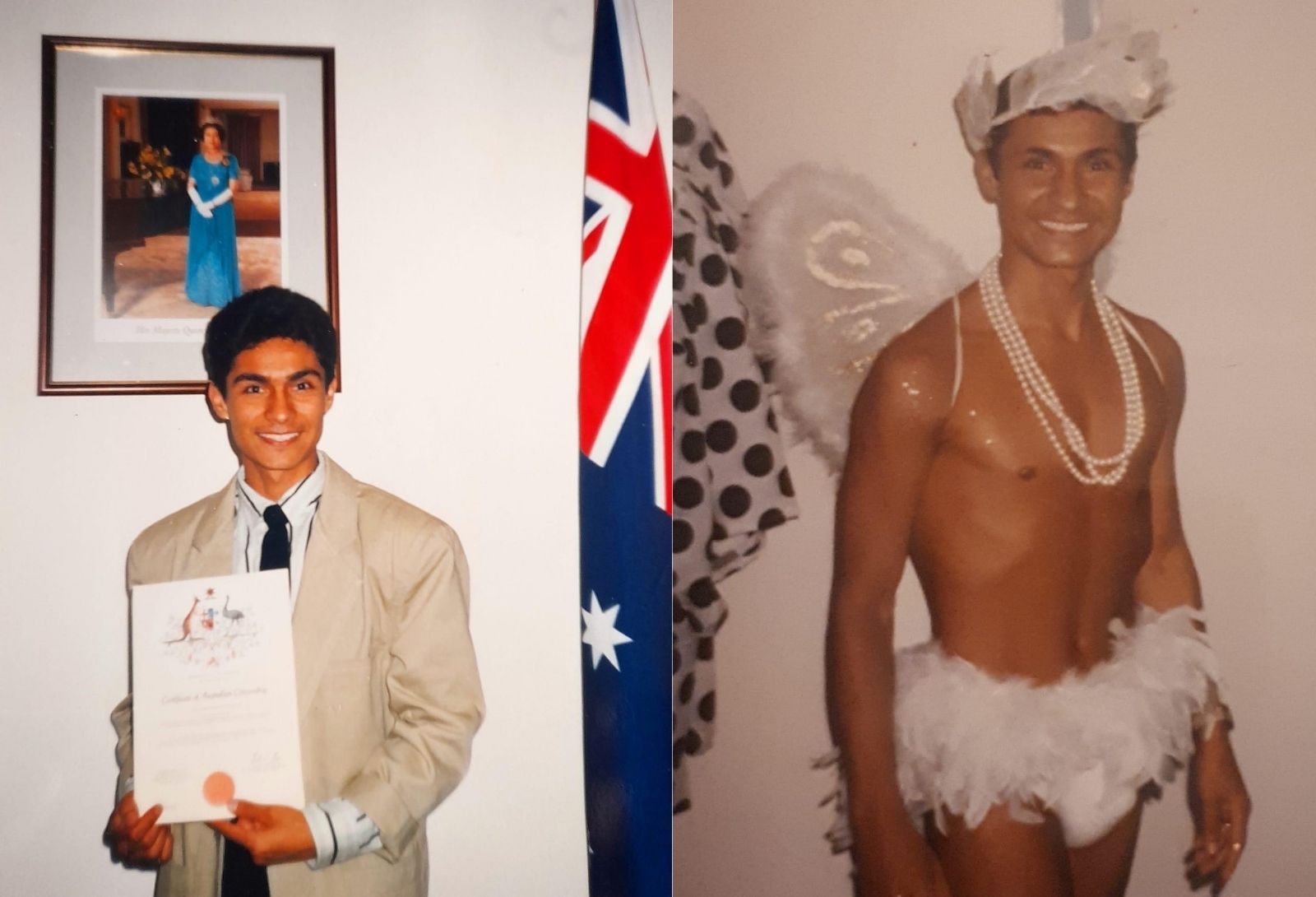 René continued to advocate for the protection of transgender youth and gay survivors of abuse and religious persecution.

“In many countries around the world, people belonging to the LGBTQ community still face discrimination and persecution. People can be sent to prison and suffer other types of inhumane treatment in their country of origin because of their sexual orientation or gender identity,” he shares.

“I work with a lot of trans people. They come to see me because they want me to make them costumes. They don’t want to go to other designers because they don’t feel comfortable, not to mention that there are also taboos against homosexuality in our community.

“I also work with children who like to be flamboyant. I tell their parents to let their children explore and be who they want to be. The fight for equality is far from over, but René hopes the celebration will bring about positive changes in attitudes, in public perception and, eventually, in the lives of members of the LGBTQI+ community.

“It doesn’t matter who you are or where you come from. You can still contribute to the community and raise awareness about issues regarding the LGBTQI+ community.