Queen Elizabeth II has expressed her support for LGBTI rights according to the former mayor of Manchester.

Carl Austin-Behan, who was elected Lord Mayor of Manchester in 2016, recalls speaking to the Queen at an event in 2021 where he says he felt the Queen valued diversity and really cared about the community.

Austin-Bevan served in the Royal Air Force but was forced out in 1997 due to his sexuality. Gay people were not allowed to serve in the British Army until 2000.

He later was the first mayor of Manchester to publicly state he was same-sex attracted and now serves as an LGBTIQA+ adviser to the Mayor of Greater Manchester.

He shared that when the Queen attended an event in 2021 to celebrate Manchester Cathedral’s 600th anniversary, she requested that a gay choir sing at the event. Austin-Behan said the decision sends a powerful message to the local community. 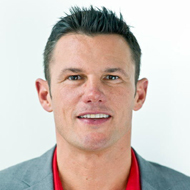 The former mayor told the BBC he spoke to Queen Elizabeth about how society has changed over many decades.

“We talked about the fact that I was kicked out of the armed forces in ’97 and we continued with the ban,” he said.

“The fact that we now have equal marriage and the fact that same-sex parents can have children, and she accepted that, and we talked about the importance of diversity and inclusion.”

“I feel like she really cared about our community.” said Austin-Butler.

You can support our work by subscribing to our Patreon
or contribute to our GoFundMe country.