Bros star Billy Eichner said it was important for him to ‘reflect’ his experiences as a ‘complicated sexual gay man’ in the new historical romantic comedy.

Written by the Parks and Recreation alum with Nick Stoller (Neighbors), the latter also directing the film, Bros has been billed as the first gay romantic comedy to be produced by a major Hollywood studio.

This week finally saw the release of the first trailer, which sees Billy’s character, Bobby Leiber, discuss writing a Hollywood gay rom-com (so meta!) while teasing a gay love story. , a chosen family and the brutality of online dating (relatable!).

Eichner, who had never written a movie before Bros, tells GAY TIMES that he was “worried early on” in the creative process that he “had no say” about the gay community.

“I didn’t know what the story of the movie would be, so it was one of those crazy things – and maybe you understand that as a writer – where all of a sudden you’re forced to write something so you sit down, look at the blank page. Turns out I had so much to say! he says.

“I realized that we’re so hungry, as LGBTQ+ people, as queer people, to see accurate, multi-dimensional, really funny, really intelligent representations of ourselves that we don’t get.”

While the Emmy-nominated comedian is grateful for this “new wave of queer programming” on streaming services, he stresses the need for more storytelling that focuses on the experiences of “imperfect” queer adults.

“It often falls into three categories, especially with gay characters. We are teenagers coming out of the closet, which is wonderful and charming and so important, and we need these shows,” he explains.

“They change the world and save children’s lives and I don’t diminish the impact of those shows. But, I don’t watch those shows and I don’t see myself. I came out decades ago!

While Eichner respects productions with these narratives and is aware of their impact on queer youth, he does not feel portrayed as a “mature, sexual, complicated gay man” due to their sometimes “goofy” and “satirical” nature.

“These characters put a wall between themselves and the world, and create this distance that makes people more comfortable to deal with because we’re not multidimensional and we’re not real, and we can just be these funny cartoon characters for the rest of the world,” he says.

For Eichner, it was crucial that the dialogue in Bros reflect the way he and his queer circle interact in everyday life, depicting gay people as “funny, sad, lonely, extremely confident, messy, brave, excited adult human beings and hypocrites.

“We see that so rarely, so that was really important to me,” he adds. “I told Nick from the start, ‘It has to be authentic. I don’t do it unless we say so, of course, I want it to be funny, but it has to feel real and grounded.

As for his character Bobby, Eichner describes him as a semi-famous person with an “eclectic portfolio of media-centric jobs” who has a successful podcast on LGBTQ+ history and has written children’s books that incorporate issues queer.

“Bobby was approached to write a movie and he has fans around the world. He’s not a very famous person, but he’s one of those guys who has a lot of fans,” he continues. . 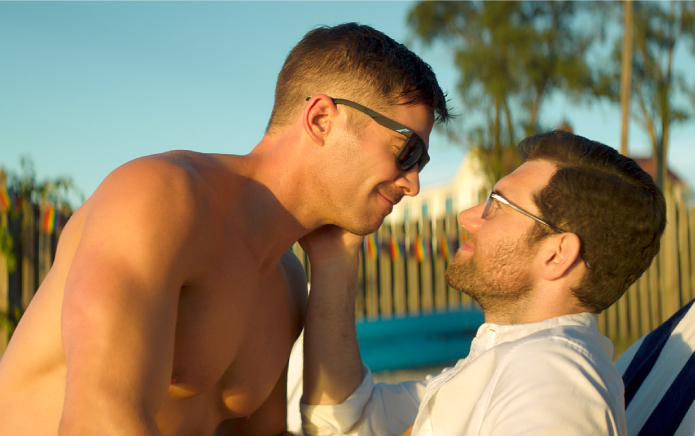 “He did it all on his own and a lot of it revolves around LGBTQ+ issues in terms of the material he talks about. But as he jokes in the trailer, he sometimes uses it all as a platform to complain about his own life and experiences.

Comparing Bobby to American author and activist Dan Savage, Eichner says the character’s personal issues don’t “reflect” his own, but it was impossible not to include “elements” of his own life.

“Obviously, there are overlaps and I drew a lot from my personal life, but also from the lives of my gay friends. It’s a bit of me and a bit of other people I’ve observed over the years.

With Bros, Eichner makes history as the first openly gay man to co-write and star in his own major studio film.

The highly anticipated film will be released in the US on September 30 and in the UK on October 28. Watch the first trailer here or below.